Squirrels look really cute from a distance, and many homeowners admire them in the environment and outside their yards. However, squirrels in a yard or home can be annoying and result in a lot of damages. Their activities cause harm to the homeowner, the structure, and the yard. Squirrels are animal pests that love to chew, and so they gnaw on cables, furniture, plumbing, and wiring systems, causing great losses to the homeowner.

For this reason, the presence of squirrels in a living space is unwelcome, and Wildlife X Team New Hampshire is the best professional team to evict and send them back to their natural habitat.

It is easier to trap squirrels as most states have laws supporting the humane trapping and removal of squirrels. Squirrels produce offspring every year and love quiet, dark, and warm places, and these just happen to be areas within your home.

PROBLEMS THAT SQUIRRELS COMMONLY CAUSE

HOW TO EVICT SQUIRRELS FROM YOUR YARD AND HOME

There are various methods you can employ to evict squirrels from your spaces. Some of these include:

●        USING SQUIRREL TRAPS AND CAGES: Different squirrel traps are available on the market that you can successfully use for squirrel capture. However, you must employ the services of professionals like us at Wildlife X Team to do this right. You must also consider the state laws that concern wildlife capture and transfer and adhere to them to avoid legal actions. The professionals at Wildlife X Team New Hampshire are aware of these laws, and all our services revolve around the state’s animal rights laws.

You can use box cages to trap these critters by placing the cages at the entry and exit points. The cage locks automatically after the squirrel enters it and aids you to safely relocate and transport the squirrel from your house.

Be careful when handling trapped squirrels as they become antsy when in confinement and bite or scratch when trapped. Wear protective clothing when handling squirrels and always work with a professional.

●        REMOVE SQUIRREL ATTRACTANTS FROM YOUR HOME: Squirrels love a wide variety of food, fruits, and junk. The presence of these in your space attracts squirrels to your home, and when they find a food source, they are difficult to get rid of. Your best bet is the removal of these plants and food. Also, keep your yard clean, dispose of any food remnants, and feed your pet animals indoors to keep squirrels away.

Both squirrel removal from yards and homes requires expertise, experience, skills, and suitable equipment for successful service. Wildlife X Team offers professional services to New Hampshire and surrounding areas that include squirrel removal, and the cleanup of droppings, urine, and food remnants that the squirrel leaves behind. We also decontaminate the attic and repair damages that the squirrels may have caused. 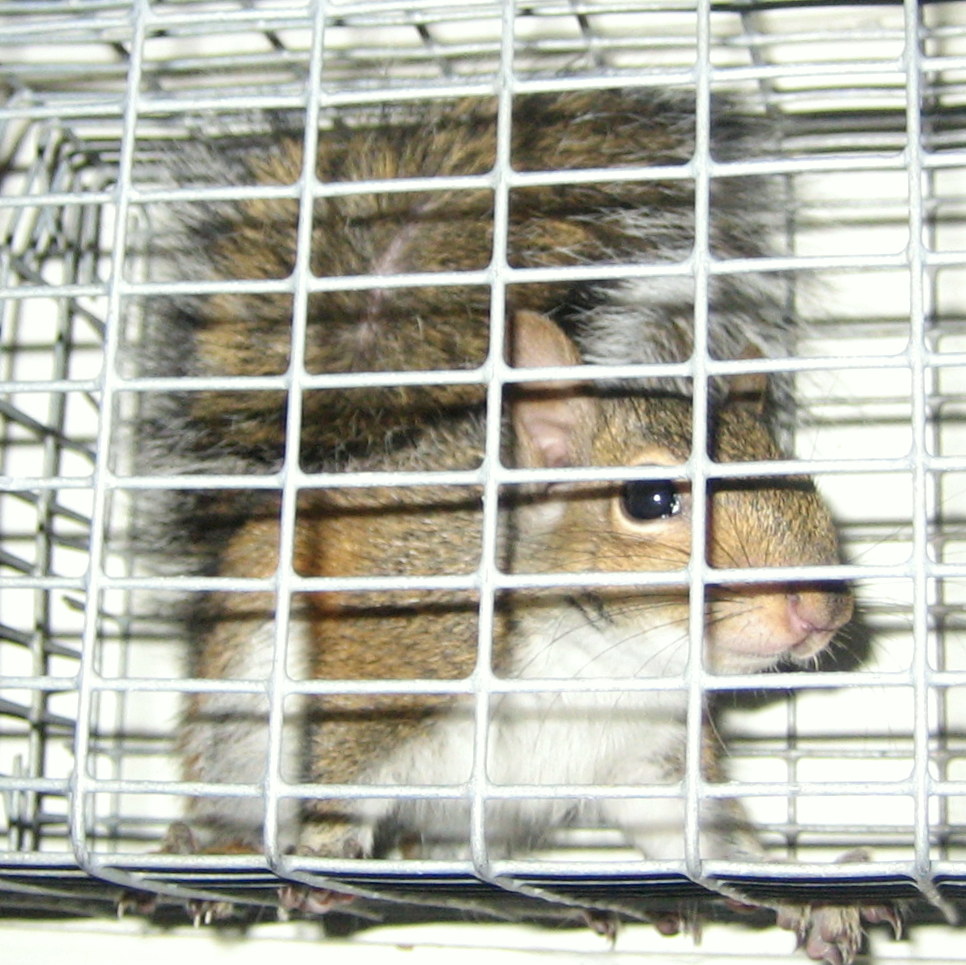 How to Get Squirrels Out Of The Chimney

Chimneys are among the most favored spots of a home for wild animals to nest in. why? Well, unless your chimney is capped and secured, it’s one area of the house that’s easily accessible. However, that can pose a serious threat to you and your family. How so? If squirrels (or any other animal) are nesting in your chimney, their nesting materials like twigs, leaves and so on, not to mention the squirrels themselves can constitute a fire hazard, if you’re actively using your fireplace. If these catch fire inside your chimney, the whole house could go up in flames. On top of that, squirrels are exposing you and yours to a wide range of diseases and potential health hazards, through their mere presence. Here is a great source at pestcontrolsquirrel.com to learn more about squirrel removal.

So you want to get them out of the chimney as swiftly as possible, and we’re here to tell you how you can do that.

Squirrels, like many other wild animals, don’t really appreciate loud noises. So a good way to get them to leave your chimney might be to bang pots and pans, and make other loud noises near the chimney, so as to frighten them. It may sound mean, but it’s a whole lot better than starting a fire right under their butts, trust us. You could also use a loud radio or speaker to scare them out of there.

You can attempt live-trapping.

If the squirrels aren’t getting scared by your noise-making, another option may be to live trap them. This is a humane alternative to more traditional trapping procedures. Usually, a live trap will involve a cage that you lure the squirrel into by use of some sort of bait, like peanut butter. The cage contains motion-activated plates that once triggered will force the door to the cage to fall shut, trapping the squirrel inside.

You can try placing these on the roof, near the chimney mouth, where it will be on the squirrel’s natural path. Live traps can be very effective for catching squirrels, as well as other bothersome wild animals.

However, if you do decide to use one, we suggest you check up on it regularly, so as not to leave the squirrel trapped scared without food or water for a long period of time. Once trapped, you can use the live trap to transport the squirrel and release it in a safe location.

If all else fails, call a professional.

There are numerous wildlife removal services out there, like Wildlife X Team New Hampshire, that will gladly take care of your squirrel problem for you. They will know what to do to remove the squirrels from your chimney swiftly, and without harming the animals. They can also offer disinfecting services, as well as repair the damage caused by the wild animals to your chimney and roof, usually.

So while calling a wildlife removal professional can be more costly, it’s often more efficient, as it gets more issues taken care of more quickly.

What do you do next?

Whatever you do, once you’ve gotten the squirrels out of your chimney, you’ll want to make sure this problem doesn’t crop up again. A good way to do this would be to mount a cap on your chimney. This will prevent squirrels as well as other wild animals from getting inside your chimney, and may also protect your chimney from rain, and other natural events.

Chimney caps are an effective method for protecting the insides of your chimney, and greatly reducing the risk of fire on your property, so we strongly suggest you get one.

Get Quote for Your Exclusive Wildlife Inspection Report.®

Our services are affordable, professional, and excellent. Visit our home office or place a call for more inquiries and service requests. 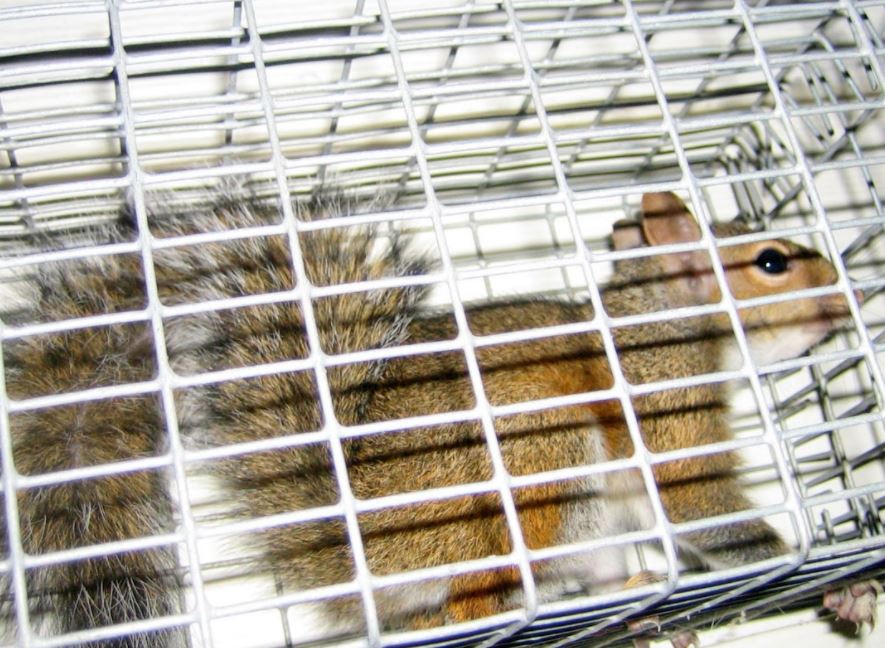 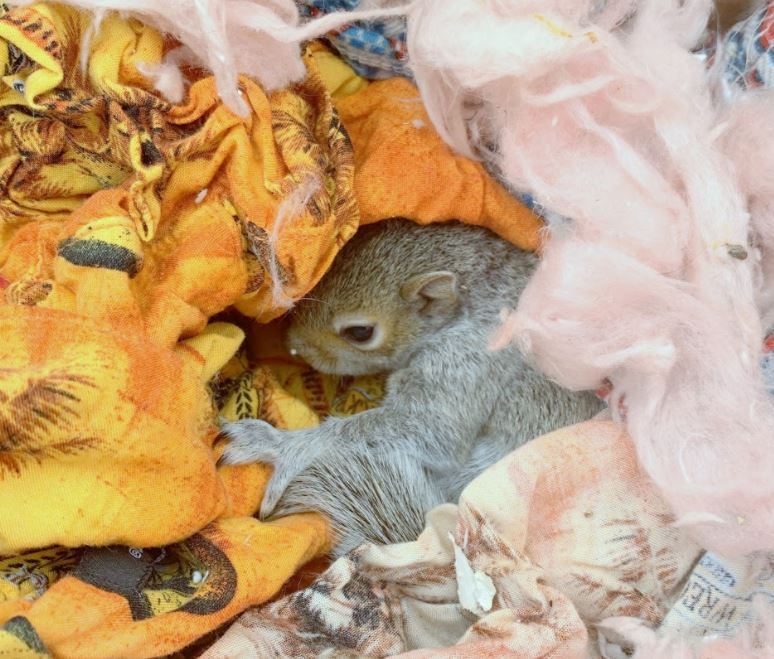 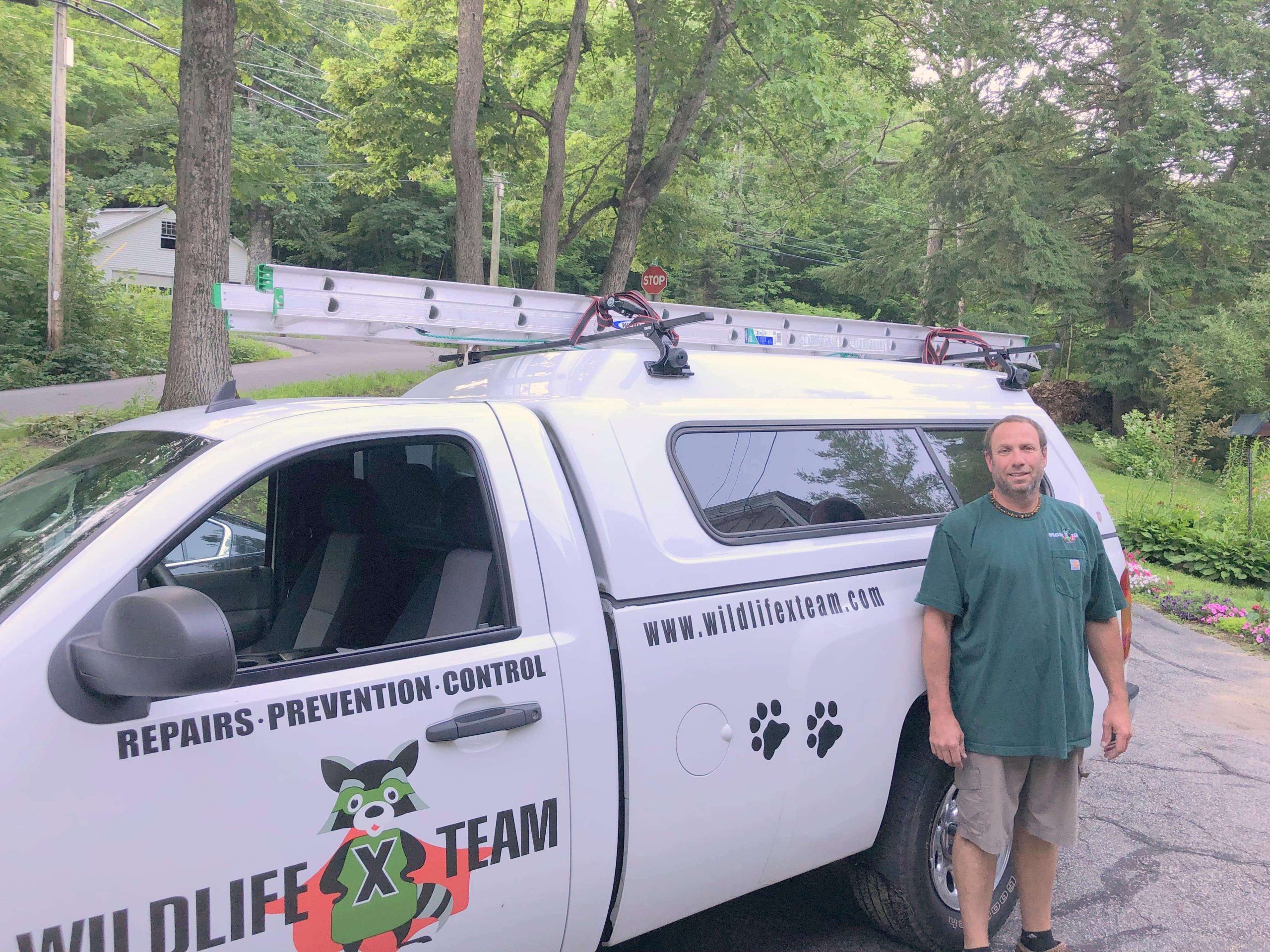