Bats are mammals with wings. Most of the bat population feeds on insects and keeps their population low, and so, states have laws that protect the bat population. Bats are more active at night than during the day, and although they are small mammals, they live in colonies. This protects them from predators. Like most animals, bats are carriers of many diseases and pathogens that include rabies, salmonella, and Lyme disease.

WHAT HARM DO BATS CAUSE?

Bats squeeze into the attic using any small hole for entry and exit. These holes begin to have black oil stains from the squeezing of the bats after a while. This defaces the building and makes it appear old and dirty. Other harm that bats cause include the following:

It is a bad idea to poison bats, though that seems like the easiest way to get rid of them. Bats live in colonies, so poisoning may not take care of all the bats, and you will need to remove the dead bats and face legal battles over the killing of bats. A better way to remove bats is to use exclusion methods that will be less stressful and more productive.

Steps for bat removal include:

Every state has laws that protect birds and wildlife. Some state laws are stricter than others are, and the citizens must obey these laws to prevent legal battles with the state. Bats are special mammals because of their insect control actions, and so bat removal and control must be within the confines of the law.

When removing or trapping bats, you must be thorough and careful not to leave anyone behind. Use appropriate traps and trapping methods that are humane and effective. Be sure to seal all entry and exit points except one so that the bats can leave their nest but not return. Within two weeks, the bats will be gone completely, and you will have your house back.

Another effective bat removal method is introducing bright light into the normally dark attic to startle the bats. This makes them uncomfortable, and they will leave the attic in search of better living space.

After successfully capturing the bats, you will need to relocate them to a far distance from your home. This is necessary because bats have an advanced sense of direction and may find their way back to your house. The new location must have everything the bats will need for survival and be away from any residential or commercial areas.

After a successful eviction, there is a need for general cleanup. The bats may leave food debris and guano piles that may attract other pests. Therefore, you must clean the nesting area thoroughly and clear all the debris.

Get Quote for Your Exclusive Wildlife Inspection Report.®

We are available at all hours, and our services are affordable and outstanding. Contact us today! 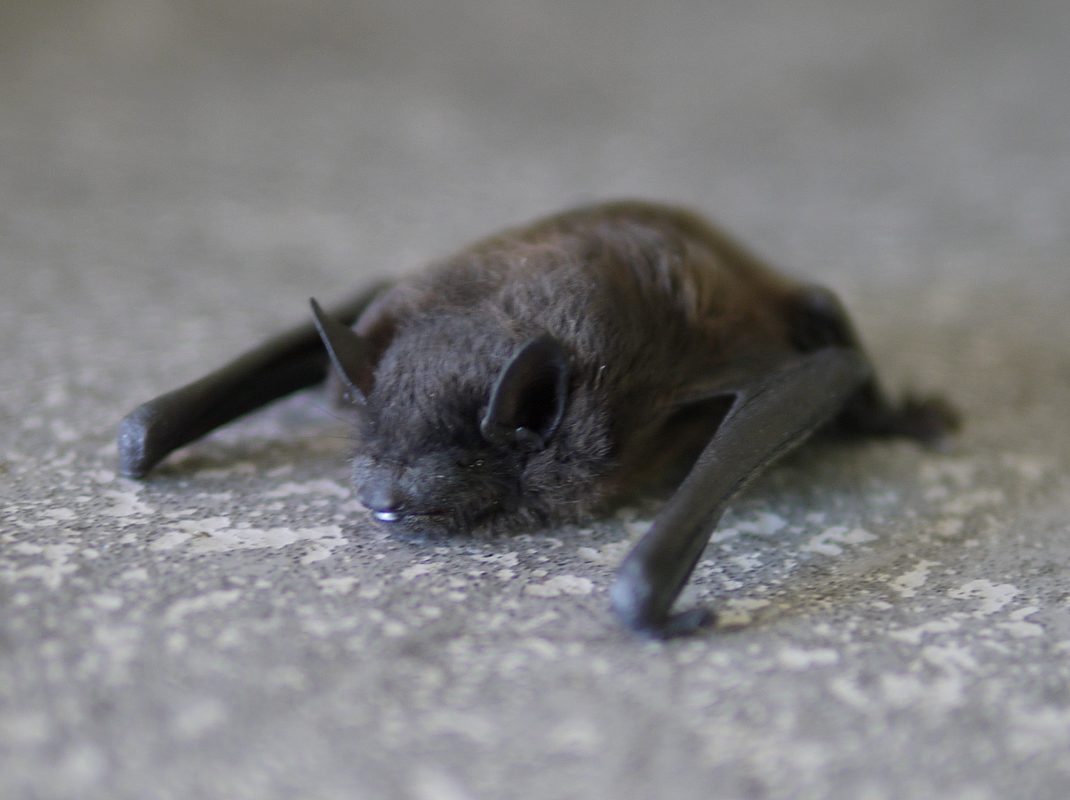 HOW DO BATS GET INTO YOUR HOUSE

One of the most common animals we’ve had to get rid of at Wildlife X Team New Hampshire has been and will continue to be the bat. Bats are highly versatile and agile creatures. They’re excellent navigators through the dark and can live for months inside your attic before you even know they’re there.

Of course, once you’ve realized this, we strongly suggest giving Wildlife X Team New Hampshire a call, so that we can remove the bats safely from your home. But first, let’s see how they got in there, in the first place.

SO HOW DO BATS GET IN?

Well, the long and short of it, you’ve got cracks. See, bats are clever (and necessary) creatures, and they’re constantly hunting around for tiny cracks and gaps inside your walls that might allow them an entry point. And if you think about it, bats aren’t all that large, so a ½” gap can be enough for them to pass through and move into your home. Learn more about bat control tips at pestcontrolbat.com.

So if you’re worried that you have bats, or if you know you’ve got bats, you’ll want to do a thorough inspection for gaps and holes. But where?

It’s not uncommon for even the sturdiest of walls to crack, in time, and often, these cracks are too small for you to notice them with the naked eye. So what to you might seem like an insignificant tiny gap is usually enough to allow a bat entry.

Bats are big attic and roof fans because it’s the easiest room in the house to get into. The issue with roofs is that they’re largely inaccessible, so it can be very hard for you to know if you’ve got missing shingles, cracks, and so on. The only thing that we at Wildlife X Team New Hampshire can recommend in this sense would be to go up there by way of a ladder regularly, and scan for cracks, and other loose points.

It’s also quite possibly the bats have entered your home through the chimney. See, that’s the problem with a lot of chimneys out there – if left uncovered, they often attract birds, as well as larger animals, and of course, bats. So what you want to do here is maybe put in a chimney cap. That way, the smoke from your fire can still get out, all the while keeping wildlife at bay.

Another common entry point we’ve seen at Wildlife X Team New Hampshire is, of course, through the window structure. Quite often, window structures can become displaced and loose without our knowledge, but these cracks are immediately noticeable to wildlife looking to get in. so next up on your list of areas that need to be inspected – windows! Particularly those up in the attic, in the roof, but you should also look at the windows in the rest of the house.

WHY DO BATS NEED A GOOD ENTRY POINT?

You see, some animals are content squeezing through a hole in the wall and then living happily inside your house, but not bats. Bats need a good, discreet entry point that they’ll go in and out through constantly, looking for food for themselves and their babies.

This is why our Wildlife X Team New Hampshire professionals have found that the most common bat entry points are tucked away out of sight of the homeowners.

Bats are protected by law in many areas of the country, so your best bet if you have bats would be to call a professional wildlife removal company, like Wildlife X Team New Hampshire, as they will know the appropriate procedure to follow. 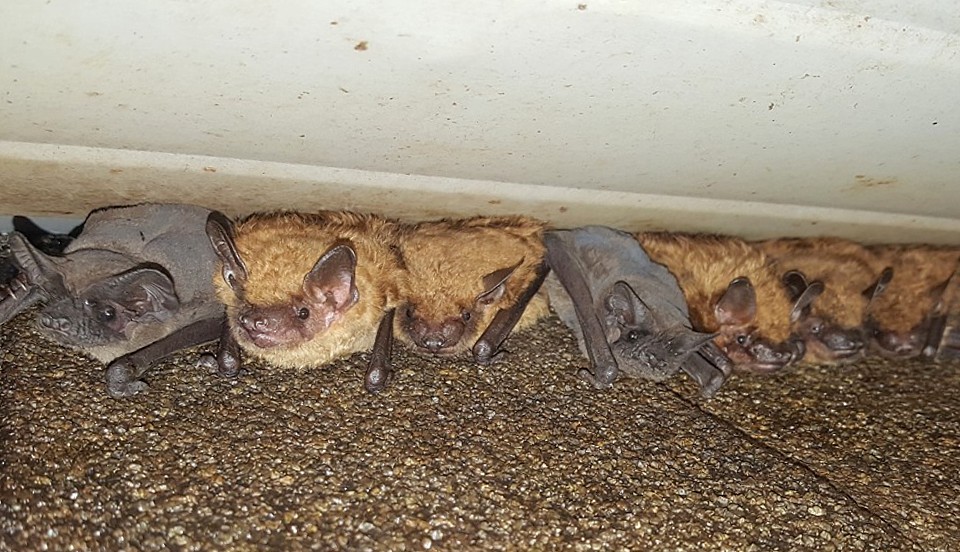 HOW TO GET BATS OUT OF THE WALLS

Bats are well-known wild animal nuisances for most property owners across the world. As humanity has expanded its cities and urban dwellings, the natural nesting areas for bats have been reduced significantly, which has caused the tiny fliers to seek refuge where they can. This is why it’s not uncommon for bats to move into your attic, basement, and even your walls (where they have a high chance of getting stuck).

In this article, we’ll show you how you can get rid of bats on your walls.

First, though, look out for some tell-tale signs of their presence.

The thing about bats is, they’re very quiet and discreet creatures. Considering their nocturnal nature, as well, it can be nigh impossible to even know you’ve got bats on your property, and many go for weeks or sometimes even months not knowing.

So you’ll want to look for some common signs of a bat invasion. These include the presence of bat droppings (also known as guano, which is highly corrosive and can seriously damage your furniture, not to mention expose you to a lot of harmful bacteria), ammonia smell (caused by excrement), urine stains, and a chirping noise, particularly at night.

So if you discover you’ve got bats living on your property, what should you do?

Well, probably the first and quickest way to get bats out of your wall is to call a wildlife removal professional. Companies like Wildlife X Team New Hampshire will swiftly eliminate your problem in a humane and efficient way, while also sanitizing and fixing the damage caused by bats. What’s more, they’ll be able to spot weaknesses, such as potential entry points, and advise you on how to protect your home from bats in the future.

Getting rid of bats on your property can be particularly tricky, as bats are protected by the law in many parts of the United States. Bats are considered beneficial for the environment, as they eat various types of insects considered damaging, so that’s why you may not be allowed to get rid of bats on your property immediately. If the bats are nesting there, you’ll most likely have to wait until their babies are old enough to fend for themselves, so as not to endanger the species.This is why we recommend that you read up on local rules and restrictions regarding bats, so that you know what to do in case of an invasion.

You could also try natural repellents like ammonia, mothballs, cayenne pepper, and other strongly scented products. These can be offensive enough to ward off the bats, although you will need to reapply them regularly, to keep the scent fresh, and maximize the repellent’s efficiency.

Ultimately, getting the bats out of your wall can be trickier than getting them out of other areas of the house (like the attic, for example). If the bat is simply hiding in there, you can wait for it to exit your wall, and then seal the entry point (although again, this is tricky and can land you in legal trouble).

If, however, the bat is stuck inside your wall, you may have to cut out part of the wall to free the bat. You can do this yourself, particularly if you have some DIY experience. Alternatively, you may have to call a professional to safely remove the bats from inside the wall, and then replace the chunk of the wall they took apart.

Remember that it’s important you remove bats from the wall as soon as you discover them, otherwise, they may attract other predators – and you surely don’t want that! 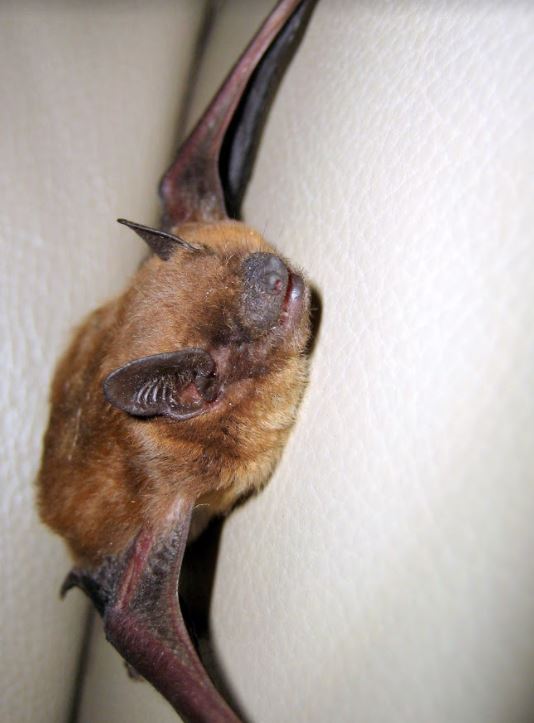 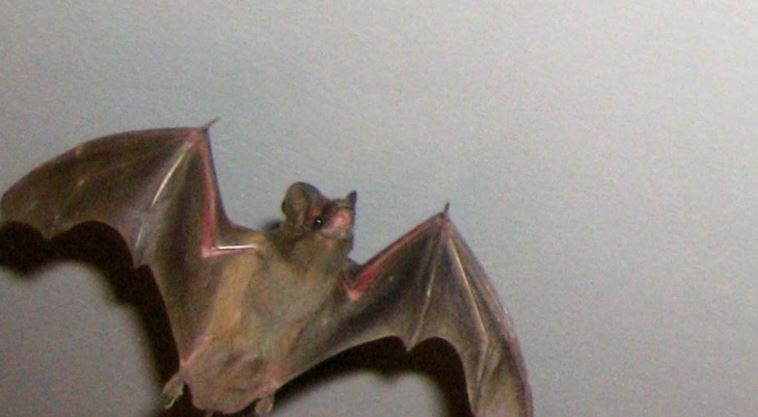